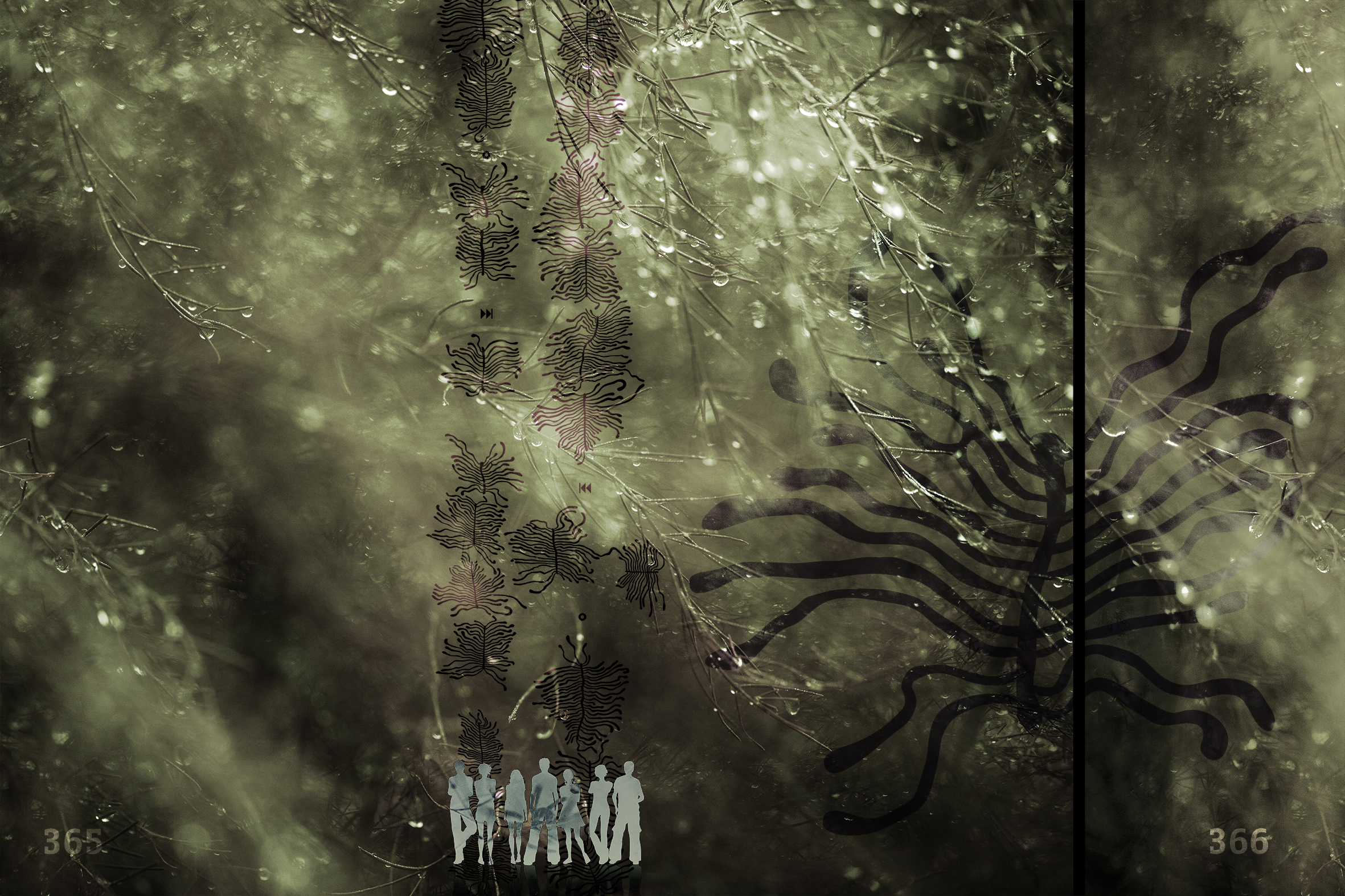 The role of art in society and biosphere

Based on a speech composed for a web conference ‘Before and after Comma’, dedicated to the anniversary of Kalju Komissarov on 7 March 2021

To begin with, I would like to admit that by ‘art’ I mean the creative spectrum in the widest possible meaning – music, theatre, literature and the visual arts. Papa Marx considered the forces and relations of production the foundation of human society, culture was the so-called superstructure. Liberal capitalism concurs with that. The attitude prevalent in Western culture regards art as luxury goods, peripheral entertainment, leisure time gaieties. When you try to register your creative business in the business portal, you must define your field of activity among the internationally standardised list of activities. For people like us they have set aside the classification R90 – ‘Creative, arts and entertainment activities’. This includes ‘the operation of facilities and provision of services to meet the cultural and entertainment interests of their customers. This includes the production and promotion of, and participation in, live performances, events or exhibits intended for public viewing[KL1] ’. Furthermore, the success of your art is measured by audience and sales figures – circulation, ticket sales, the charts or auction prices.

The role of art in the development of the human species is absolutely central and fundamental. It is one of the most striking technological leaps in the history of humankind – the discovery of a new operating system that occurred around 40,000 – 50,000 years ago.

The FIRST new type of operating system was invented perhaps half a million years ago, nobody knows exactly when and there is no way of figuring it out. That new type of operating system (and I’m using cybernetic vocabulary on purpose) was language. The invention of language was a turning point in the evolution of the whole biosphere; we could say that the invention of language marked the birth of a new life form, and to a large part of the biosphere this proved fatal.

Language provided the human species with the opportunity to share experiences with whole communities and through generations, coordinate activities, network, exchange ideas – and what’s most important – to think and perceive in completely different ways to what had been common among the biosphere’s life forms until then.

The invention of art was the first radical upgrade of the new linguistic operating system, and this development is quite accurately dateable. The oldest mammoth-ivory flute is considered older than 40,000 years, the first cave paintings and sculptures date from approximately the same era. If you can imagine how difficult it would be to make a flute out of mammoth ivory, and remember that the first bone fishing spears and hooks made it into the human tool box around 25,000 years after the flute and figurines, then you’ll understand which is crucial to human development – art or economy. The caves where the flutes, figurines and paintings were found, were hosts to important ritual and magical practices.

A copy has been made of the mammoth flute and it is interesting to note that it had been tuned similarly to what we’re used to today. Harmonies, I stress, are not entertainment. Harmonies and visual codes are the rocket fuel that spurred on human development – helping to tackle impenetrable problems and find new, unexpected solutions to aid our survival. The multi-layered encodement of art extends beyond language and creates paradoxical semantic fields, which allow us to think about things that don’t exist before we think of them. Art lets us look at old and familiar scenery from completely new angles. An artistic text is like a practice range that lets us test ways of thinking and being that might be too risky in reality. But not just test them – art is a modelling superstructure which can help bring unimaginable worlds to life. It is a magical practice which can create and transform real worlds.

How exactly these worlds are conjured up, you can read in The Structure of the Artistic Text by Yuri Lotman, I heartily recommend it. Anyway, it was the sounds from the mammoth flute that completely changed the human world. The artistic operating system programmed humans into creatures that could invent fishing spears and hooks, textile, ceramics and agriculture. However, over the past 15,000 years humankind has made it from hunter-gathering to the Anthropocene and now we are all in a pickle. We are in a hot mess, the earth is burning under our feet, we have turned the biosphere against us.

During Kalju Komissarov’s lifetime, humanity began sensing the ever-advancing danger. Many started to realise that we are living in a post-apocalyptic world, because the world as we knew it has vanished unnoticeably – it is simply no longer possible nor is it able to persist. In 1991, when I was living in New York, I bought a book by Semiotext(e) Publishers, Looking Back on the End of the World, in which Baudrillard, Virilio and others contemplate that same realisation. And that’s when I started to comprehend that we are living during a massive comma, where the old world no longer exists and the new one hasn’t happened yet, and we have to think up a brand new world for ourselves. It was a jubilant and scary revelation. Like the gruesome vomiting phase after your first piss-up. From then on, my art began to radicalise. I was thirty and transforming from a curious arts slob into a dedicated test pilot.

Art is an exciting and complicated space with endless levels and directions, it can be classified in any way possible and divided into any polarities. Art will accept any definition and transform into something else immediately. To change and be changed are the yin and yang of the art world – not opposites but extreme horizons of the same dawn.

The artistic space, actually the whole human culture can be softly divided into

Both are irreplaceable, in love with one another but usually not acting together, but taking initiatives in different situations and in different eras. I stepped into the art world in an Epimethean era that was called postmodernism.

Postmodernism was filled with jaded rage and nostalgic Deconstruction of the past. This meant cynical social criticism and all perspectives being stretched towards uber-absurdism. At first, I was rather taken by the enthusiastic distortions of the rear-view mirror, but the more time passes, the less interested I am in the socially critical art. It seems comical to expose capitalism when the world created by it IS already on its knees. It’s a nostalgic retro trip in military fancy dress, a pillow fight on a deathbed and a chastisement of the corpse.

The retrospective and nagging Epimethean style culture is all well and good in times of welfare, but we are living in post-apocalyptic times. I have no idea when exactly that old world ended, things don’t happen with a single bang. Even the Big Bang is still ongoing. The worlds end slowly, too, slowly convulsing from one comma to the next. We’ve had quite a few of such commas during my lifetime. One of them was most definitely 9/11, the collapse of the twin towers when the apocalyptic myth became reality – a global spectacle, a heightened hyperobject whose scale we couldn’t fathom even as we were looking straight at it.

Undoubtedly, we are at yet another comma right now. Despite being microscopic, a virus is a hyperobject of unfathomable dimensions. A pandemic is a cataclysmic vector which throws all possible routes of human civilization far from any markers of predictability – to the field of categorical unpredictability. Last spring we reached an unchartered territory, or rather, we finally recognised ourselves as an unchartered territory. Being unchartered is not actually a bad situation in itself, but in that situation we need Prometheuses.

We don’t have a seat by the old bonfire any longer, we need a new flame from the gods. There’s probably no sense in stealing again, as now we know how it will end – thanks to Epimetheus. Gods’ anger lasts a long time, the biosphere is nudging us resolutely aside, and that’s fair. The new fire must be obtained through negotiations, by gaining trust through our actions, so that all life forms of the biosphere would be pleased about our existence and would want us as their partners. But how do you restore an erotic connection with someone whom you have tried to rape for thousands of years? How do you hug suppressed paradoxes? How do you make out with the intangible and start everything over?

Epimetheus is no good to us to solve this equation. The rear-view mirror only shows us domestic violence on our part, which has brought us to this dead end. We must find completely new ways of being, we must find:

We need a different exploration of pleasures, a categorical biospheric polyamory that would consider and love all partners. With this goal in mind, we together with the Estonian Anthropocene Centre organised an international conference series Biotoopia (www.biotoopia.ee), which will bring together biologists, artists and posthumanist philosophers to discuss workable prospects for the future.

The totaliser of global love is our only chance of survival. We don’t have to search for a different life, the mythological OTHER from outer space, it’s right here and now. Our job is to search for the fifth-level contact with terrestrial life forms, to try to organise a beautiful family reunion. Should we achieve this, it would be an even more radical evolutionary leap than the invention of language was back in the day. We would be accepted as a part of a living sensitivity network whose scale the human language is not able to describe just yet.

But first we must learn very many radically different languages, we must let go of all erstwhile logics and myths and give them all a thorough reconsideration. Only then may we go and politely propose to FLORA. And it would be wise to prepare ourselves for the discovery that in that wedding nothing will be left of our economic and legal categories. Take landownership, for example. Think for a moment – if the land that we so eagerly cultivate and poison belongs to us, then the uber-expensive Persian cat we bought at an auction belongs to its fleas and other parasites. Does earthquake belong to the landowner? Who owns the sky? Do eagles, flies or photons own it? And who owns us?

As we go about answering those questions, we will reach the end of this world, the floors will be swept and the living space can turn green again. And we will find ourselves. We will find ourselves not in a field of unpredictability, but infinity. And infinity is one of the broadest fields there is. Luckily, to orientate in that geography, we have our magic wands – the symbiosis of art and science.

To conclude, I will quote Yuri Lotman, ‘connecting a sufficiently absurd idea with a random event that supports it produces the possibility of the fundamentally new. (…) The fundamentally new makes a leap across the unpredictable (…) And here, in order to move through a failure, at the edge of which empiricism comes to a halt, one must have the courage not to stop before a paradox, i.e. in front of that which does not flow organically from everything preceding it, and so, from that perspective, appears absurd. The path to “marvellous discoveries” requires that one leap across paradox (…) From this it follows that the path of cultural progress assumes the organic interweaving of science and art’.

(Y. Lotman. ‘The Role of Art in the Dynamics of Culture’, in Culture, Memory and History: Essays in Cultural Semiotics. Springer Nature. 2019.)