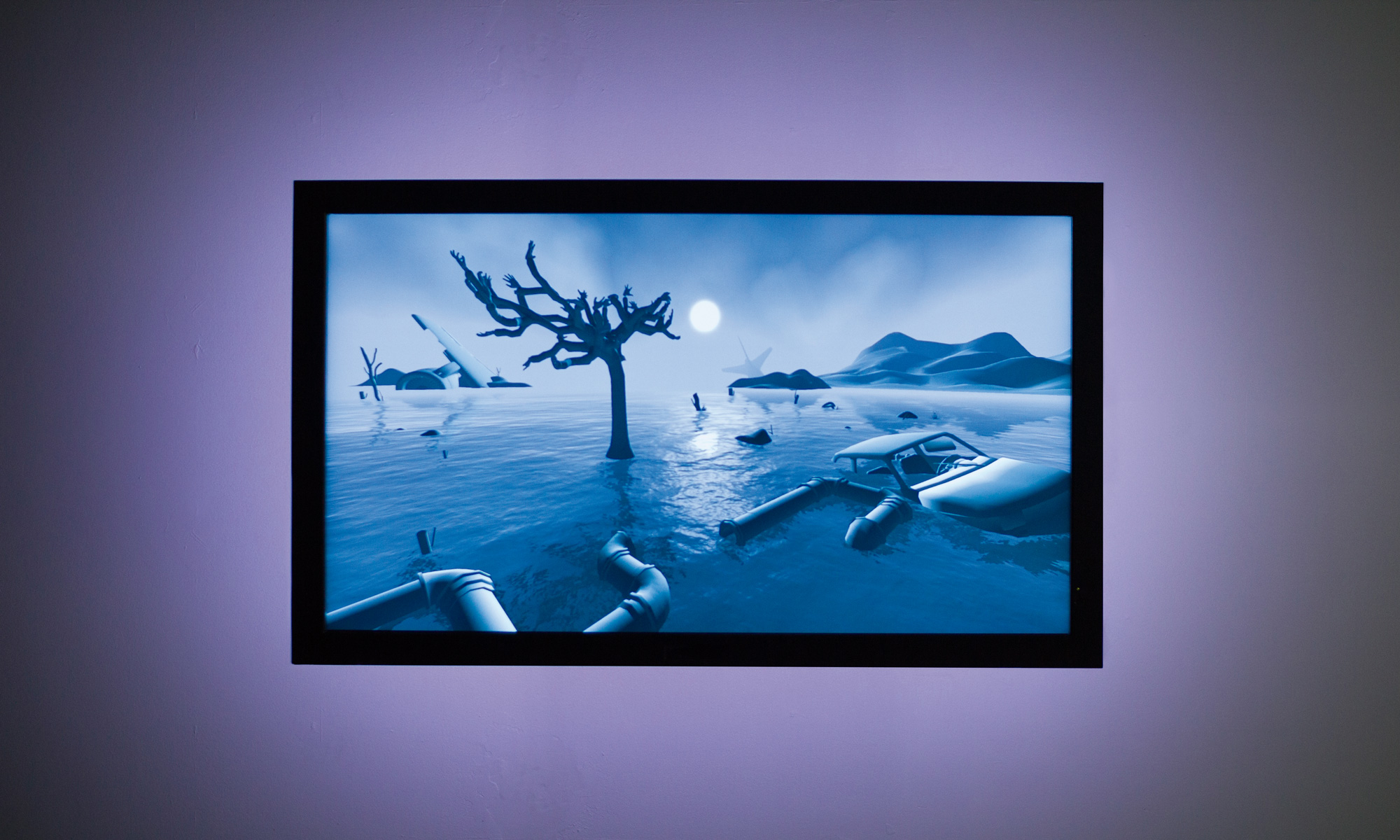 Exhibition: “After Everyone left for Planet B” by Varvara & Mar/ Taavi Varm

A live discussion with artists and Biotoopia curator Peeter Laurits will take place at the location and online on Facebook page on July 30th at 18:00.

General common sense would say that there is no Planet B, and we should focus and target all resources on fixing planet Earth which humanity has managed to bring to a fatal stage. We are living in the geological time known as the Anthropocene – the age when human activity began to influence the planet’s climate and ecosystems significantly.

Nevertheless, the super-rich, like Elon Musk and Jeff Bezos, choose to invest (but also obtain a big junk of public funding) in space research and speculate about the possibility of leaving for Planet B. Surprisingly, such naive escapism gains attention instead of undoing the ecological damage on Earth and begins to be considered as an alternative option to the heavily contaminated and problematic Planet A. The billionaires reassure the public of their altruistic intentions for a better future while realizing their power, capital, and technophilia dreams.

Why do people like Elon Musk want to save us? And most importantly, why do they want us to believe that we need to be saved?

The exhibition in Kanal gallery invites us to think about what will remain after us on Planet A if we bet on Planet B instead.

Varvara & Mar is an artist duo formed by Varvara Guljajeva (b. 1984, Tartu) and Mar Canet (b. 1981, Barcelona) in 2009. Often duo’s work is inspired by the information age. In their practice, they confront social changes and the impact of the technological era.

The artist duo has exhibited their art pieces in several international shows and festivals, like MAD in New York, FACT in Liverpool, Santa Monica in Barcelona, Barbican and V&A Museum in London, Ars Electronica Center in Linz, ZKM in Karlsruhe, etc.

Dr Varvara Guljajeva is an Assistant Professor in Computational Media and Arts at the Hong Kong University of Science and Technology (Guangzhou). Mar Canet Sola is a PhD candidate and research fellow at Cudan research group in BFM Tallinn University.